Insanity is hereditary: You can get it from your children.

Trace (William Austin Allen III) is my wild child. He is so very stubborn. He definitely keeps me on my toes. I am always laughing at things he does during the day. I have had the pleasure of staying home with Trace since he was about 6 months old.

1 year old- I was cleaning out some of Trace’s old toys in his room and throwing some of them away. I guess Trace thought we were throwing each other’s items away because he went in my room and got some of my stuff and started throwing them away.

1 1/2 year old- I was putting Trace to bed and naturally he was fighting me to stay up.

Trace: I choke! I choke!

3 years old– Some things are only funny years later like this one…Trace was laying on my bed watching tv in my room. He didn’t want to miss any of his show so he peed in my trash can instead of going to the bathroom.  (December 2011)

3 years old– I took the boys to see Santa and Trace asked Santa for a train. When they were done they were given a goody bag from Gulf World. Trace looked in his bag and said,

Hey! My train isn’t in there!

Austin: Trace am I your best friend?

Trace: No, Mommy is.

Trace: I don’t have a mustard!! (mustache)

4 years old- (January 2013) After picking Gavin up from school and heading home:

Me: We are almost to the hiz-ouse.

Trace: What is that?

Me: Just a funny way to say house. You can add iz to anything like your name. Triz-ace, Jiz-ennifer, Giz-avin.

4 years old- (January 2013) After leaving the grocery store and Gavin and Trace had fought the WHOLE time we were there. We were loading up in the car and driving away and it was complete silence in the car. Trace all of sudden says:

Trace: That stink bug is going to pay.

Gavin: Who is the stink bug?

4 years old– (February 2013) I told Trace to go get a pair of jeans on so he could go outside and play. I hear him in his room getting pretty flustered and I find him not able to button them. I try and help him but find he has put on SEVEN pairs of underwear underneath. His logic: Just in case he has an accident in one pair. Also, while putting his socks on he was having trouble with one and he told me they were being jerks. REALLY have to watch what I say…

4 years old– (February 2013) After going pee Trace said Whew…. It felt and sounded like a marching band was coming out of there! After regaining my composure I asked where he had heard that from. He replied, “I learned it up.”

4 years old– (March 2013)  Trace just walked in and said “I’m having a sleepover with no girls.” When I asked him who was coming, he said “Just me.” and walked off.

4 years old– (March 2013) Random fact from Trace: The “spinx” (definitely not sphinx, he corrected me) has the body of a lion and the head of a man. Smart smart smart and random…. 🙂

4 years old– (March 2013) I asked Trace to try what I made for dinner before making his plate because he is SOOOO picky. He spit it in the garbage and said “It tastes like a dirty medicine sock”. If it wasn’t so funny I would be offended. Just so you know….Everyone else liked it.

4 years old– (March 2013) Trace just told me he wants to be a dentist (which is a dr. for your nose) when he grows up. Wonder what a dr. that fixes your teeth is called.

4 years old– (March 2013) Trace, stop taking Easton’s toys in your room and leaving them! “I didn’t take it! Maybe it walked in here!” LOL I’m gonna strangle him after I get done laughing.

4 years old– (April 2013) After going to see my Mother in Law dance, Trace said, “That was beautiful, Mom”. I asked him if he liked to watch dancing and he replied, “Yes, but not as much as fishes and knuckle sandwiches.”

4 years old– (May 2013) Gavin had questions about the Bible while staying with Nana.  He asked about heaven and hell so my Mom was trying to explain it to him. When talking about the people who will have to go to hell Trace looked at her and said, “So, they are going to California?” Oh. My. Goodness. That is awesome.

4 years old– (May 2013) There was a lady standing in front of us at the concession stand at the baseball fields. Trace was playing with a stick and decided to poke her in the butt with it. LOL ( I didn’t see him do it) She apparently turned around and grinned at him. He then gasps and turns to me and says, “Is that Aunt Reina?” I said no, it does look like her though. He said are you sure? I just laughed and said yes, son. It’s not her. She then turns around giggling and says that must be why he poked me in the butt with his stick. I about died. To funny to be upset with him.

4 years old– (July 2013) On the way to Aunt Carolyn’s house  to swim it started pouring on us. Trace said we should ask God to make it go away. So I told him absolutely and he should pray about it. “He said, Dear God, Please make the rain go away. Amen”. I kid you not, as soon as he said Amen the rain came to a complete stop! Not one drop fell after that. His mouth fell wide open and his eyes got really big and he said, “God heard me! He was listening!”

4 years old– (July 2013) Trace just really thanked God for “keeping us all strong so we can stop rhinos when they are charging us” during his night time prayer. The kid is on to something…

I will come back and keep adding things as I remember them or as they happen. 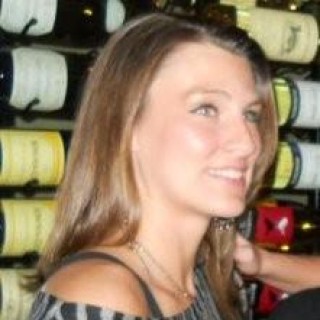